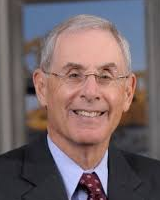 Joseph Gorrell has over 35 years of experience counseling hospitals, medical staffs, nursing homes, and individual practitioners on a broad scope of issues ranging from defense of licensure prosecutions and insurance fraud cases to practice acquisitions and other physician transactions. He has successfully represented numerous physicians before the New Jersey State Board of Medical Examiners and New York’s Office of Professional Conduct, defending claims, avoiding disciplinary actions, and achieving favorable settlements.

Known for his deep experience in transactional and litigation work, Joseph provides legal advice to hospital medical staffs on a variety of subjects and supervises individual physicians and physician practice groups that are contracting with hospitals, managed care companies, and other physicians. Joseph also counsels physicians who are establishing their own medical practices or becoming members of others.

Named for the last several years as a Leader in the Field by noted ranking company Chambers USA, Joseph is described as a “preeminent figure in the health care industry.” According to Chambers, Joseph is noted for his “skillful and high-profile representation of physicians” and peers highlight him as a “superb lawyer” who is particularly adept at representing physicians in front of the New Jersey State Board of Medical Examiners.

A frequent lecturer, Joseph addresses health care organizations, medical schools, and the Institute for Continuing Legal Education on a variety of legal topics. Currently, Joseph is a sought-after speaker for his extensive knowledge of the opioid crisis and its effect on physicians and other prescribers.

Joseph is peer review rated AV-Preeminent, the highest rating for professional excellence, by Martindale-Hubbell. He has been included in The Best Lawyers in America© from 1993-2020 and New Jersey Super Lawyers since its inception in 2005. In 2015, he was named an ALM Top Legal Leader for New York and New Jersey and in 2014, was Best Lawyers in America’s® Newark Health Care Law “Lawyer of the Year.” In addition, Joseph was named a “2013 Top Rated Lawyer in Health Care” by American Lawyer Media and Martindale-Hubbell.

Since its founding in 1967, Brach Eichler has built trusted, personal relationships with its clients, rendering advice that is business-savvy and creative, yet practical. A recognized pioneer in health care and real estate law, Brach Eichler is a multipractice firm dedicated to serving the myriad needs of clients from multiple industries. Brach Eichler is known for “getting the deal done” with its clients’ interests well represented and always at the forefront of the process.

The firm’s attorneys are thought leaders in their industries; many are recognized by top legal ranking companies including Chambers, Best Lawyers, and Super Lawyers. In addition to the firm’s client-centric culture, it also gives generously of its time and talent. For the past 50 years, community and charitable outreach have been an intrinsic part of Brach Eichler’s mission and identity. Brach Eichler’s 79 attorneys reside in Roseland, New Jersey; New York; and Palm Beach, Florida.