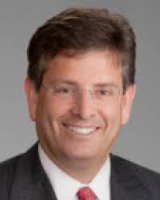 John has over 30 years of experience as a trial lawyer, specializing in medical malpractice and pharmaceutical defense, health care liability, health care advising and health care law, as well as general litigation. He has tried more than 35 cases to verdict. John has been lead counsel in the defense of hospitals and physicians in a broad range of cases involving such issues as catastrophic injury, neurological damage, paralysis, limb loss, death, sexual misconduct and psychological injury.

John was involved in the trial and appeal of two major malpractice decisions in Texas – Miller v. HCA and Romero v. HCA. Miller v. HCA involved the resuscitation of a baby who suffered catastrophic neurologic damage. A unanimous Texas Supreme Court affirmed a judgment for the Hospital in this seminal case. In Romero v. HCA, an appeal was successfully defended on issues of malicious credentialing through the Texas Supreme Court.

As a result of his experience in these cases, John is frequently called upon to lecture and advise health care providers about issues relating to the care of premature infants and credentialing of physicians. He has written and lectured to numerous physicians, attorneys, and hospital groups on the defense of medical malpractice cases. He serves on various committees at hospitals in the greater Houston area, assisting with the improvement of health care.

John advises healthcare clients on a wide variety of matters, including compliance with HIPAA and other laws regulating the confidentiality of health care information, maintenance and protection of peer-review privileges, the Advanced Directives Act, issues regarding obtaining court orders in emergent circumstances, and other state and federal laws regulating both health care providers and institutions. John has tried cases throughout Texas, including courts in Harris, Jefferson, Galveston, Montgomery, Ft. Bend, Wharton, Bexar, Brazos, Nueces, Cameron, Washington, El Paso and Hidalgo counties. He is also a licensed attorney in New Mexico and Missouri, and is currently defending cases in those states.

Outside of the court system, our health care attorneys provide skilled representation for physicians and nurses before administrative and professional organizations. We understand that a health care provider’s license is his or her livelihood. As a result, we work with providers to aggressively defend that license.

We counsel clients on the application of state and federal law to their everyday practice. In addition, our attorneys are asked to provide advice on various administrative and personnel matters designed to prevent litigation. We often provide educational seminars to our clients’ employees with the same goal in mind.