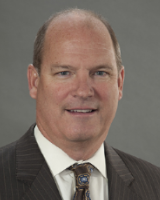 Jim was one of the first attorneys in the Carolinas to advocate on behalf of physician groups for compensation from hospitals for providing on-call coverage in a hospital’s emergency department. He has arbitrated disputes between physicians and hospitals before the American Healthcare Lawyers Association. Lastly, Jim has extensive experience in False Claims Act litigation on behalf of both whistleblowers and defendants in cases alleging violations of Stark and the Ant-Kickback Act, as well as upcoding and other billing improprieties.

In addition, Jim represents physicians and other healthcare professionals who are under investigation by the federal and state authorities. Recently, Jim represented an international corporation and its principal in a federal criminal investigation into marketing of DME braces. This investigation is known as “Operation Brace Yourself” and involved the extensive use of telemedicine to obtain prescriptions.  Jim also appears frequently before the South Carolina Medical Board and other healthcare licensing boards on behalf of clients.

In 2018, Jim was honored by the South Carolina Chapter of the American Board of Trial Advocates as the “Trial Lawyer of the Year.”  South Carolina Super Lawyers® has recognized him for five (5) straight years for his work in the area of civil defense. He is rated AV Preeminent for the highest level of professional excellence by Martindale Hubbell.

Griffin Davis is a local firm with national experience.

We have experience, and will travel.

Healthcare law is a many-faceted practice area, with healthcare occupying such a central place in our lives. It can deal with claims related to Medicare, Medicaid, antitrust violations, false or deceptive practices, off-label sales practices, plaintiff medical (cancer misdiagnosis, surgical procedure missteps, etc.), psychiatric malpractice cases and violations of the False Claims Act. Our attorneys have represented health care providers facing actions by federal and state agencies. The stakes in these types of cases can be huge. Our lawyers have also represented doctors and hospitals in disputes over staff privileges or credentialing. We have experience dealing with medical, nursing, pharmacy, and other professional licensing issues before the South Carolina Labor Licensing and Regulation Board.